by Verneri Pohjola and Mika Kallio 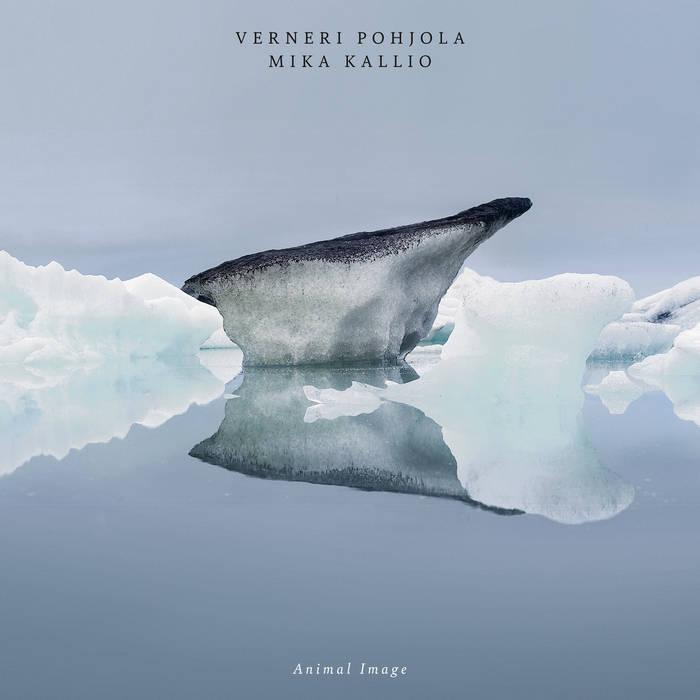 Animal Image is a soundtrack album to a poetic documentary about the infinite relationship between man and animal. Edited to an improvised score by Finnish trumpet Verneri Pohjola and percussionist Mika Kallio, the film illustrates the emotional bond between man and animal beyond the boundaries of written language or fictional storylines.

The movie depicts nature-photographer and writer Heikki Willamo's journey to the landscape of the post ice-age northern wilderness to explore man's ancient relationship to his prey and Willamo's personal encounters with the inhabitants of the northern woods. Man, bear, sky and fire: the Finnish forest is a place like nowhere else, a place of dreams and the imagination, an ancient place where its denizens live in the shadows.
Becoming an animal by Perttu Saksa

Animal Image is a poetic documentary film built around original music by Verneri Pohjola and Mika Kallio. The movie depicts an imagined view of man’s ancient relationship with animals. The music accompanies you, creating an emotional language between man and animal – unconstrained by the boundaries of written communication or fictional anthropomorphic narratives.
The music is an invitation towards becoming an animal. To unthink identity and subjectivity. Listen. Free from definition, from body to flesh, where the one is a figure of unity and strength, while the other is in an interminable manifestation of disarticulation, a condition of freedom for animals or whatever it is we are.

Becoming an animal is where the human and the animal enter into a functional alliance. Musical improvisation is dialogue without speech, built around the similar framework – including rules and forms – we use in spoken conversation or social structures. Listen. Lose the language. Listen and feel. Then imagine a language. Imagine a form of life. Perttu Saksa

Perttu Saksa is a finnish visual artist and a photographer, who contacted me a couple of years ago about his film project, which was to become an artistic documentary, an experimental wildlife film titled ‘Animal Image’. He wanted to know if I’d be interested to record some music for his project, that he had been working alone for the past 3-4 years. I was so busy with other stuff at the time, that I almost declined, but decided fortunately to meet him despite my lack of time. I wanted to see what he wanted to show me.

When I saw the breathtakingly expressive footage for the first time, I immediately recognized this as something too inspiring to retract myself from. And as the project developed I realized, that probably no other project or person has ever treated my music with such a respect and vision. It was lifted up to the next level.
I’m incredibly proud of this project and I hope that you, the listener, take Perttu’s advice and surrender yourself to the world of becoming (an image of) an animal through this music.

ABOUT THE MOUKA FILMS

The documentary is produced by Mouka Films. Founded in 2006 Mouka Films productions share a warm human touch, unique artistic vision and excellent quality. Mouka Filmi produces award winning documentary films for television and cinema audiences in Finland and internationally.
Perttu Saksa (b. 1977) is a visual artist based in Helsinki, Finland. Perttu’s photography and video works have been exhibited in various galleries and museums around Europe, including Stadtgalerie Kiel, Felleshus Berlin and Finnish Museum of Photography and Helsinki City Art Museum. His works can also be found in various public collections.

Approaching his 40th birthday, Verneri is in his musical prime. With an undeniably unique trumpet sound and a gift for blending raw emotion, technical finesse and control and with an ear adept at finding the middle way between accessibility and the avant-garde, he has developed an impressive profile in his home country and internationally as a leading European jazz performer, and composer. ... more

Bandcamp Daily  your guide to the world of Bandcamp

Featuring Gary Bartz, 5 years of Rhythm Section Intl and an LP of the week by Nicolas Jaar